Year 5’s autumn term topic is ‘Stargazers’. To introduce our topic we had a Space Day! We started off the day’s activities by researching our given planets within our solar system on the learnpads (including the sun and the moon to link with our learning in Science). Next we had a lot of fun trying to create the solar system! The children had to think about the diameter of each planet, the colour and the surface of it. We gathered various materials to create the textures of each planet using multi-media; every alien and astronaut got stuck in!

In the afternoon, we continued our Space Activities by seeing if we had what it takes to become an astronaut. The children had to carry out a series of mental and physical tasks – as we don’t have our own space suits we tried to do intricate tasks such as using a knife and fork wearing oven gloves! We then tested our skills further by seeing if we were fit enough to be an astronaut; doing 20 jumping jacks in a minute was easy for most, however we doubt we would be able to if we were wearing a space suit…

Overall, Year 5 have had a fantastic day of learning about our solar system and we are looking forward to applying this to the rest of our learning. 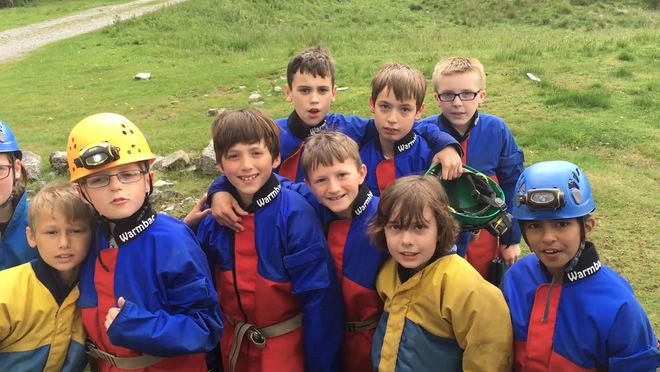 Today the children have had a brilliant last day; they have faced all challenges head on and in some cases, faced their fears! today the children climbed mountains, caving, rock climbing and went canoeing, finished with a swim this evening. We have been incredibly proud of every single person for listening carefully to the instructors, supporting each other and pushing themselves.

Jumping in the lake 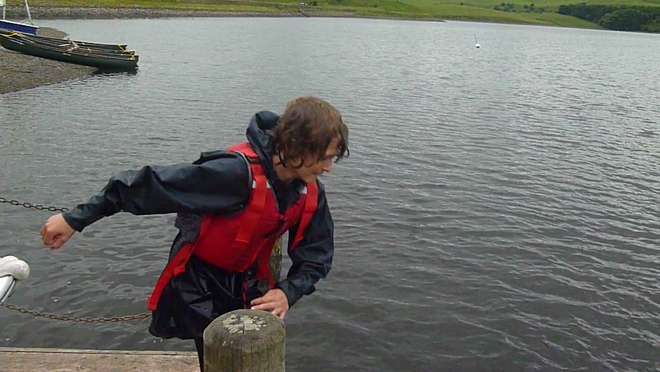 Today Nightingales have got stuck in to a number of activities, luckily dodging horrific weather on the horizon! The groups tackled a range of different of activities: gorge walking, mountain climbing, canoeing, caving and climbing. All children have really challenged themselves and supporting each other. 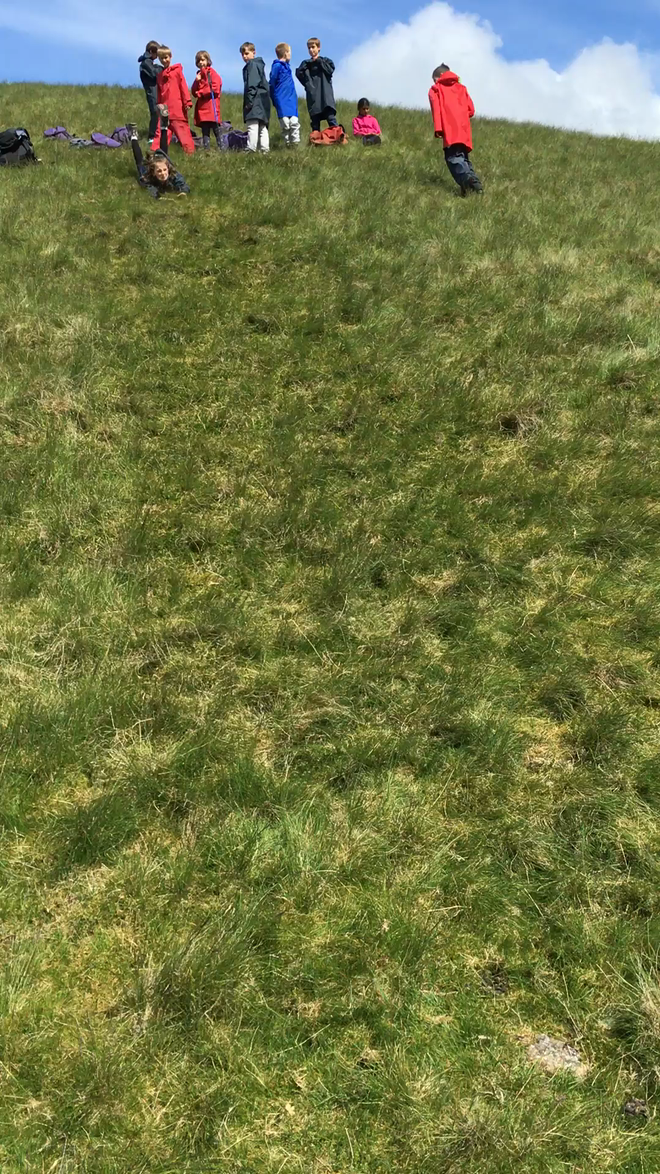 Today we were sad to see Swallows leave after tackling more activities this morning. We are so proud of everyone! However we got to welcome Nightingales and go on the waterfall walk in the beautiful village of Ingleton. After dinner, the children had a candle-lit tour of Yordas cave. The children are all in bed after having a very long day and are extremely excited for the activities ahead.

The coach has just passed J15!  The children will be back to school at 7:30pm feeling very tired!!

There has been a lot of traffic.  The new estimated time of arrival is 7:30pm as long as there are no further traffic delays!  They are currently at Junction 19 of the M1.

Group 2 arrived safely this morning and are raring to get stuck into their activities (updates later!)  Group 1 are on their way home and expected to arrive at school at approximately 6.45pm.  We will keep you updated and let you know when the coach gets to J15 (Northampton)

The children have had another action packed day. Today saw the groups swap activities from the previous day; one group tackled gorge walking and caving, whilst the other two climbed the mountain and went canoeing. This evening the children got to go in the outside pool. Throughout the trip the staff have been impressed with every single child challenging themselves - everyone has been pushed out of their comfort zone and they have worked very hard as a team.

Rolling down the hill 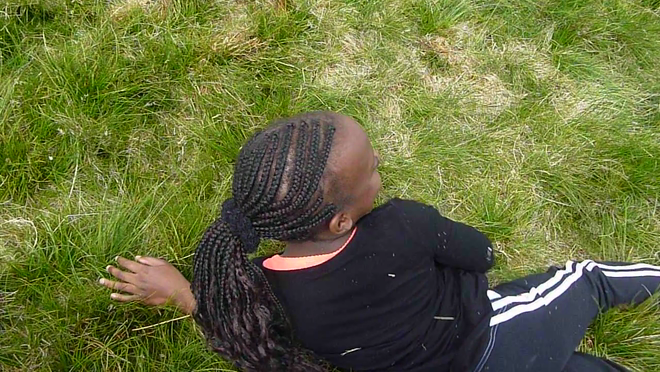 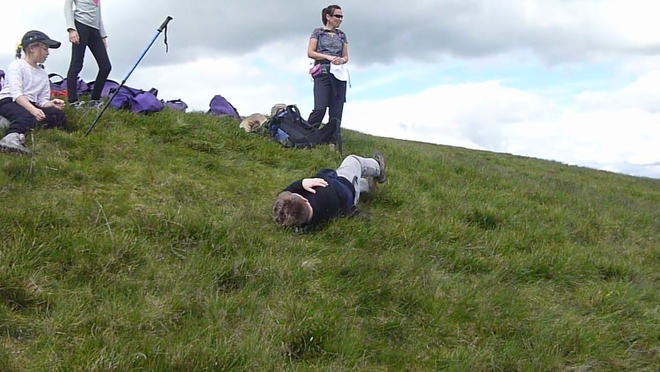 The children have had an action packed day; they were split into their groups again and took part in a lot of challenging but fun activities. 1 group went climbing up Windermere mountain and then found an interesting way to get back down again! After that, this group went canoeing on a nearby lake. Meanwhile 2 other groups explored caves - squeezing through small gaps and wading in knee deep water. Afterwards they challenged themselves gorge walking. The children came back very excited and full of stories and are taking part in team activities this evening.

Belly sliding down the hill! 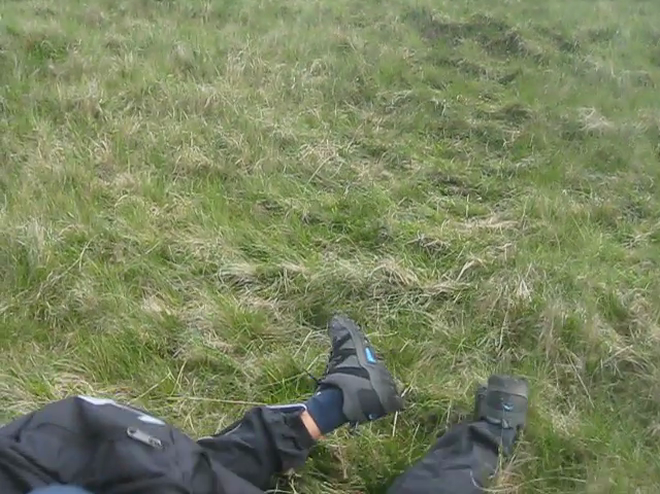 Jumping in the lake 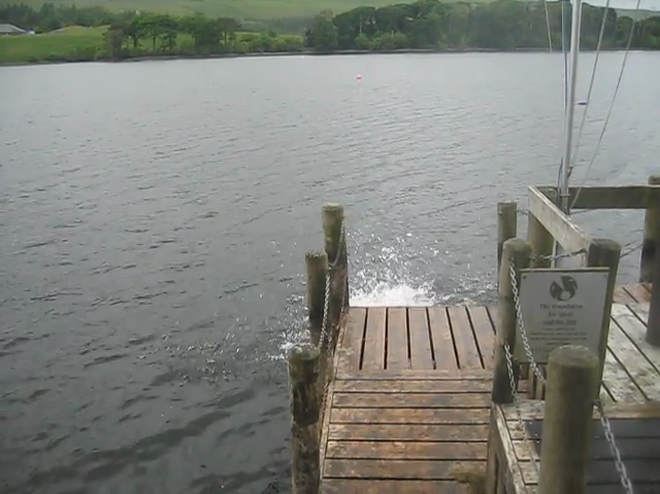 The children have settled in brilliantly and got stuck straight in to activities. Today 2 groups went on a walk where they scaled the rock face and sat behind a waterfall whilst another group had the chance to climb up a cliff. After dinner they all went for a walk around the local village and are now in bed to get plenty of sleep for the next few days!

Team work: get your whole group through the ring as quick as possible. This was the winning group. 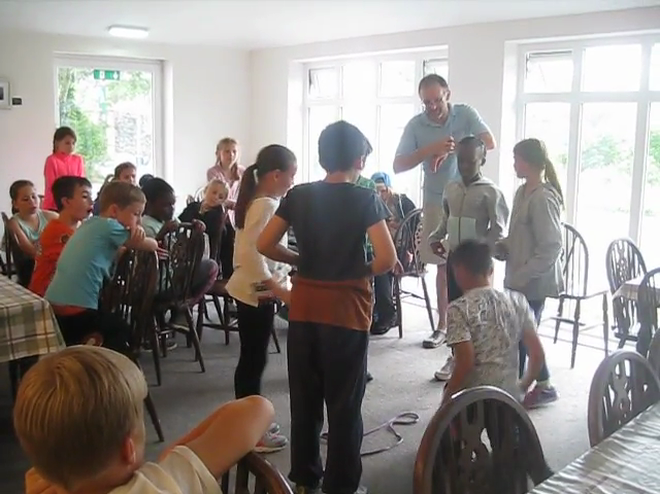 Year 5 have safely arrived at Longrigg!  They are now unpacking and settling in.  There will be daily updates on the website to keep you up to date with what is happening and the activities they are taking part in! 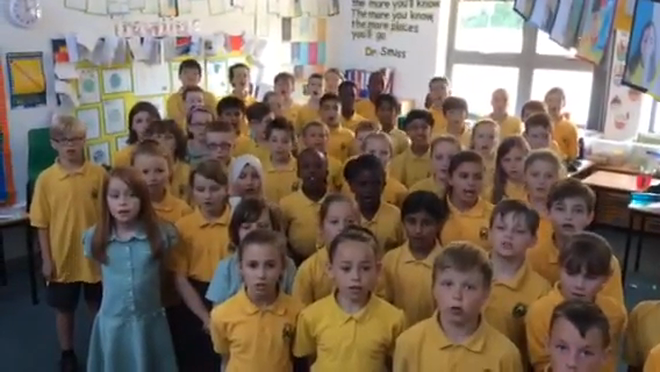 In honour of the Queen's birthday, Year 5 have learnt and performed the National Anthem.

Throughout this half term, Year 5 have been learning about all aspects of a city including the key features and how cities link all around the world for trade. To pull together all their knowledge the children created their own town or city. They had to think carefully about the planning of every single building and road ensuring that their city could be realistic. Parents were then invited in to show their cities where the children presented to their own and others parents. The children presented with great confidence and had a fantastic knowledge of their city; they were able to explain every part. The hard work paid off - well done!

On the 12th April, Year 5 walked to Campbell Park to find an ideal spot to sketch the city skyline. At the Beacon, we found a fantastic view of the MK theatre, as well as Xscape. Using their sketching skills, the children drew the landscape, focusing on scaling the buildings accurately. We will be using these sketches to build our knowledge of cities and how they have developed over time, in our topic 'City Traders'.

During our topic of "travellers" Year 5 learnt all about the different biomes around the world. Over the Easter holidays the children have worked very hard to create a realistic biome - they look amazing!

To end our topic of "Travellers" we had 2 students from Bletchley College teach the children how to make Italian food. The children were able to learn facts about pasta, stretch the pasta ready to cut and shape it in to ravioli and tortellini. It was a great experience for both year 5 and the students of Bletchley College to share their skills.

Linking in with our new topic 'Travellers' this half term, Year 5 have been reading Michael Morpurgo's Kensuke's Kingdom in English.

As a result, we had the exciting opportunity to live as Michael for the day! Working with Park's Trust, both classes put their survival skills to the test...

We carried out challenging tasks within groups such as learning how to filter rainwater so that it is drinkable, building our own weather-resistant shelters and even a scavenger hunt for signs of food!

As you can see, the children used their own initiatives to gather natural resources around them in order to survive!

Year 5 have worked very hard this half term: they have written their own scripts in classes, made their own costumes in Design Technology, made a Viking song to the 'Ghostbusters' soundtrack and researched facts about the Vikings in Topic!

All of their hard work over these subjects was celebrated through their performances of 'The Battle for Love' (by Swallows class) and 'Baako Saves the Day' (by Nightingales class).

They showcased their acting, singing, and craftsmanship to the rest of the year groups on Monday 8th February.

As part of Year 5's D.T project, the children spent 2 days creating Viking costumes linked to their topic "Craftsmen". The children were asked to design, make and evaluate their costumes, which they did with great success.

They had to use all their D.T skills (sewing, painting, joining materials, measuring to size etc.) to create shields, helmets and capes. Also, the children joined together to help each other out which was a great example of teamwork. The costumes are going to look fantastic when performing a play to other children in the school.

To start off the first half of Spring term, year 5 explored their new topic 'Craftsmen' by skyping a Viking! Year 5 learnt all about Thraine and his daughter Thorbear, how they went about their daily lives, and how life as a Viking differed from today. We then had a Q&A with the Viking to understand more about how they played sports, what they wore and what types of jobs they had.

To conclude their topic on famous artists - Pier Mondrian and John Piper - linked to 'Code Breakers', year 5 showcased their amazing artwork at the year 5 Art Gallery!

It was a chance for the children to show off their hard work and get their parents involved in recreating pieces of art inspired by these artists.

In order to find out more about their topic, 'Code Breakers', year 5 went to Bletchley Park to find out all about the code breakers that worked there during the second world war. They used their knowledge from school to break codes and even have a go at code breaking using the infamous Engma machine!

As an introduction to their new topic, 'Code Breakers', year 5 spend the morning in a code breaking workshop. They learnt what a 'code' was, how they were used in World War 2 and even had a go at breaking some codes themselves!

Throughout this half term in PE the children have been learning how to play tag rugby. This has then resulted in Year 5 playing a mini-tournament. They all played very well and showed great sportsmanship to each other.

In Design Technology, Year 5 have been making their own boats, influenced by the design of Anglo-Saxon boats.

They designed their boats, thinking about appropriate materials and whether it was fit for purpose.

We then tested them out on water to see whether they floated or sank depending on how well they were built. We also discussed which forces acted upon the boats to make them float or sink!

Here are a few pictures of their final products and of the children testing them out...

The children made their boats out of junk-modelling. Here are some of their fantastic boats and pictures of them testing them out!

The children enjoyed learning about Middleton heritage so much that they composed their own song about their local community!

They worked hard to create their own lyrics, incorporating instructions and breaking the song into two parts. 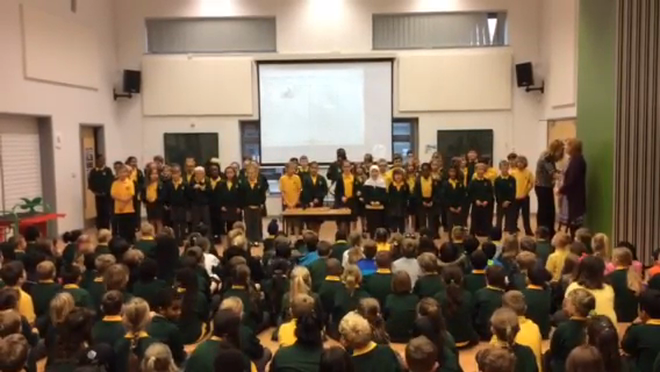 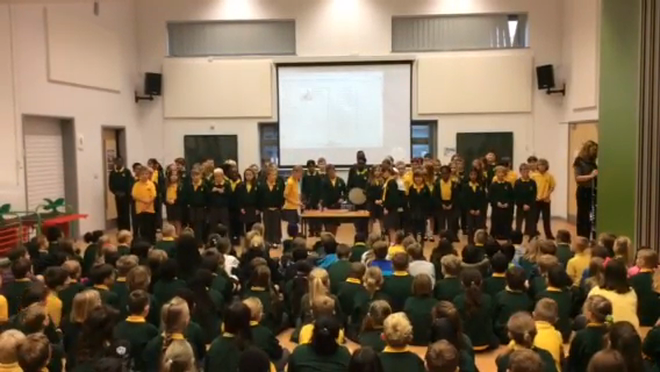 This half-term, Year 5 have been learning all about Anglo-Saxons, and in particular, Anglo-Saxon heritage in Middleton village.

As a result, they went on a local walk of Middleton and learnt lots of great facts about Anglo-Saxon settlements and the history of our village!

Despite the weather the children really enjoyed the trip!