How To Draw...... a spiral optical illusion!

To do this you will need a piece of paper, a piece of scrap paper to practise on, a sharp pencil or pen. You don't need a ruler - it looks better without and is much faster without!

Stay as close as possible to the edges so you only leave a little gap between your lines. You should end up with a slightly smaller, tilted triangle inside your original triangle. Now repeat the same process inside your new triangle, making sure you stay as close as possible and hit the opposite edge next to the corner. Keep going until you get right in to the middle. 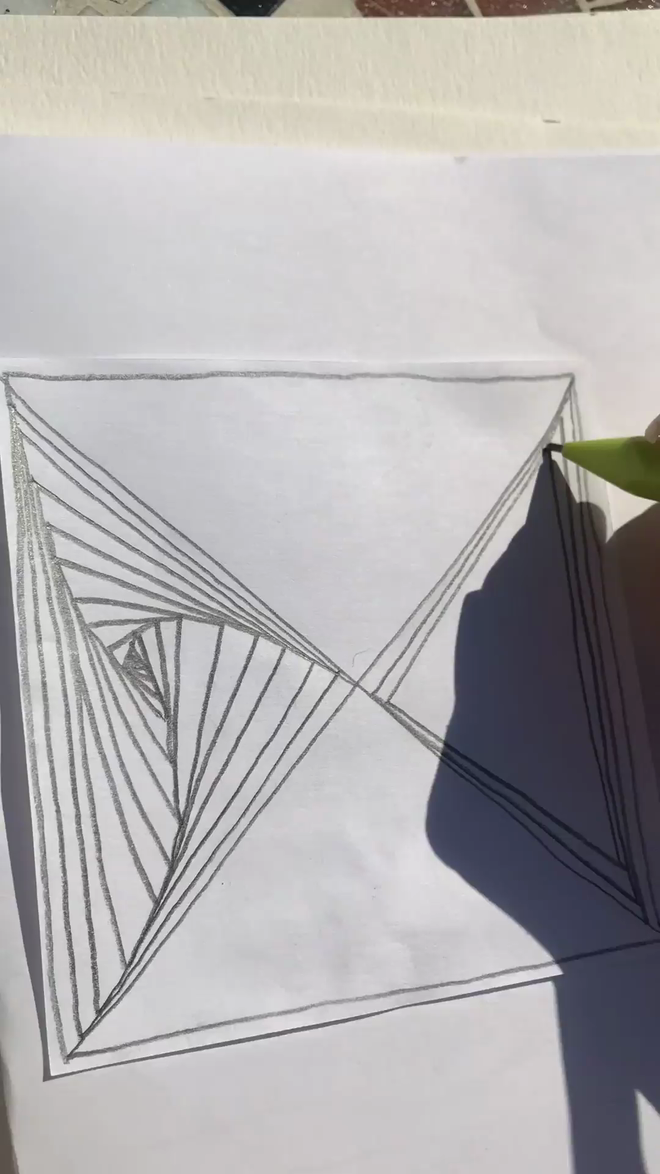 Now you have had a practise and can see how it will work, you are ready for your real one! You need a sheet of paper. Start by doing your border around the edge. Divide your page in to sections. I started with a diamond in the centre, but you could divide it up however you like as long as they are divided in to straight sided shapes.
Now get spiralling in straight lines inside each section! Don’t forget to draw your line until you hit the other edge, make sure you end each line just next to the corner so that your spiral begins to turn. It looks really good if you can make half your page spiral in one direction and the other half in the opposite direction!
Top
Cookie information
Cookie Notice